We're happy to announce that Zen is now available to be installed on Google Workspace Marketplace. We'd love to hear your feedback. 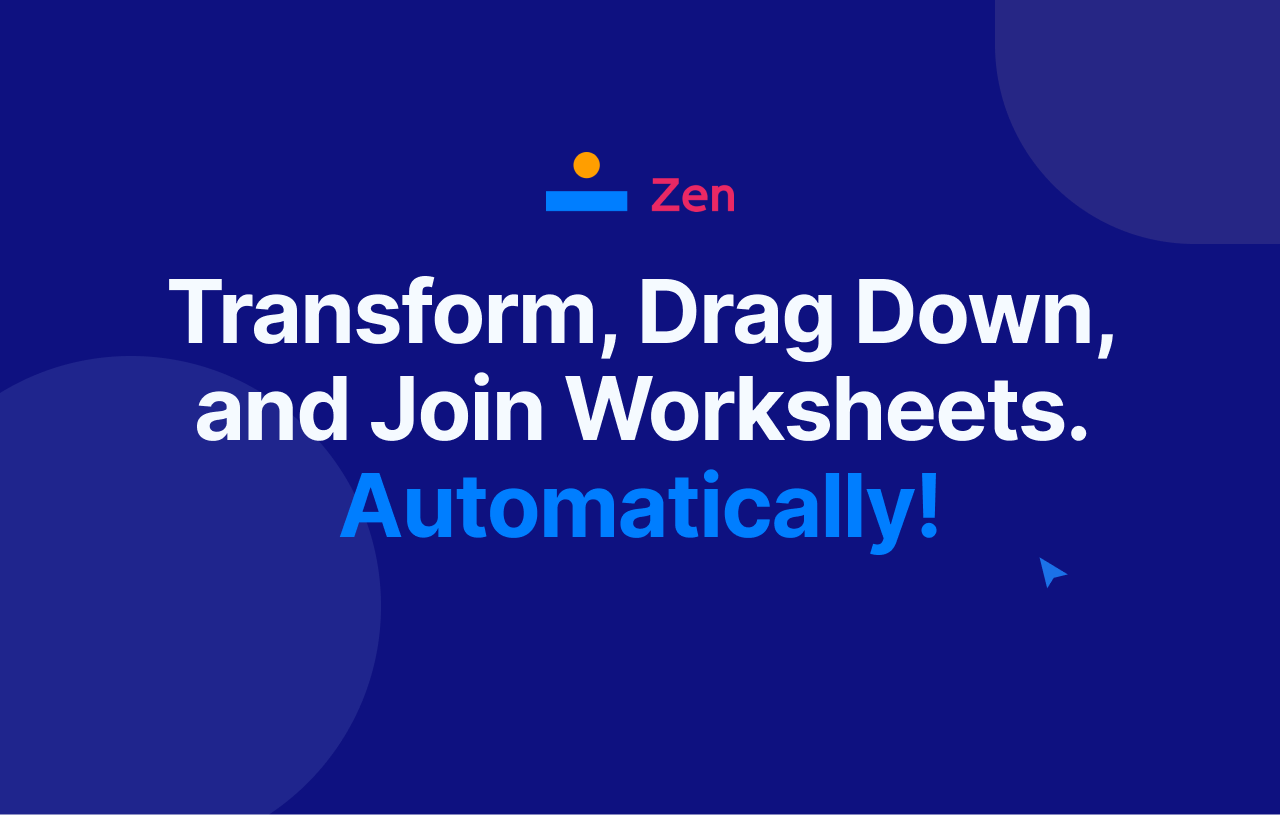 We believe Pebblers are bonafide software developers, and the spreadsheet combined with Zen is the perfect Integrated Development Environment (IDE)!

Pebblers, using the advanced computational directives provided by Zen, can join worksheets by common criteria, stack worksheets on top of each other, and generate new worksheets based on other worksheets. Zen enables the automation of data manipulation functions available as menu options in typical spreadsheet applications.

The standout feature of Zen is that it allows Pebblers to automate mundane manual spreadsheet operations by simply clicking a button. A Pebbler can create a series of worksheets that, when combined, function as a single process.

Pebble files encapsulate the logic of a spreadsheet designed by Zen. Pebbles are portable. Developers can implement the logic encapsulated in a Pebble by embedding it in your spreadsheet in a cloud, mobile, or desktop application.

Developers could use the encapsulated logic in Pebbles to run spreadsheet logic in the cloud or embedded in a device.

Get direct support from our team, give feedback on our beta version and join a community of Zen users here.

Did this page help you?